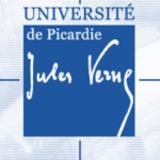 In the early 60's, Amiens grouped together 4 pre-university level establishments: a national school of medicine and pharmacy, a law school, a science college and an arts school. However these structures did not supply a complete cycle of studies, forcing the students of Amiens to continue their studies elsewhere. Since the first education authority disappeared in 1848, the establishments in Amiens were governed by the Lille Academy.

There was just one solution to become autonomous : obtain an academy in Amiens.And this was carried out in October 1964.

In Chief Education Officer Roger Mallet's own words, "It will be the University of Picardie". It took two years to set up the university and during this time forged a strong identity in the fight to retain the name "Picardie"....
Read More